If there is one topic that stirs debate and allows passion to exist, it is the subject of marriage equality. People have very firm beliefs on this topic and many of them are often tied to religion. When you broach the subject of marriage equality, you are essentially talking about gay marriage. Gay marriage is something that has been debated and discussed for recent years, but is especially relevant in recent months by the decision of the Supreme Court to legalize gay marriage in all states.

This means that now gay couples can legally marry and have access to all the rights that straight couples do. This is something that has not always been possible in the past. Marriage equality is a movement that has had a steep climb to make. In the past, gay couples were not accepted by many, but now many are fighting for the right of gay couples and the need for marriage equality.

Before you decide of you are for or against marriage equality, it is important to become more informed on both sides. This can be done by taking a look at both the pros and cons associated with this topic. When you compare the pros and cons of any issue, you have the ability to see the topic from a new viewpoint, which can be helpful.

2. Rights for Children
It is also important to think about marriage equality from the viewpoint of children that are from same sex couples. Many gay couples choose to adopt and do have families. This means that the children that are a part of an unmarried couple do not have the same benefits that children in a married couple home have. The rights of children from a gay couple are not protected by law if the couple is not allow to legally marry. This means that child support and custody are not protected in the same manner. Marriage equality strives to make it possible for all children to have the same rights no matter what the sex of their parents may be.

3. Love
It is important to understand that marriage equality is all about accepting love in every form. It is the acknowledgment that not all people are the same and not all couples are identical, but that does not make the love that is hared any different. People that are a part of a same sex relationship should have the ability to celebrate their love and enter a holy union of marriage in the same way that traditional couples can. In the end, marriage equality is all about spreading love and acceptance.

1. Tax Hike
It is important to realize that with marriage equality comes a higher number of people that will be taking advantage of marriage benefits. This means that the amount of couples taking advantage of tax breaks will increase and taxes for all will also increase as a result. Many people that are religiously against marriage equality feel that they should not have to support something through taxes that they do not believe in and feel that is morally wrong.

2. Church Rights
Many people feel that marriage equality is a direct attack on churches and marriage as a whole. There are many people that believe marriage was intended by god to only be between a man and a woman. This means that the legalization of same sex marriage and the push for marriage equality is something that people are opposed to for religious and moral reasons. This means that making marriage equality legal would result in churches having to recognize same se marriage and even perform some of these ceremonies. This is something that many churches are opposed to. However, if churches would not acknowledge same sex marriage than they would be in violation of discrimination laws and could be penalized in some way. 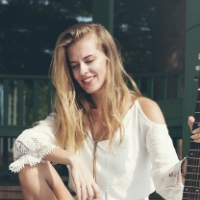